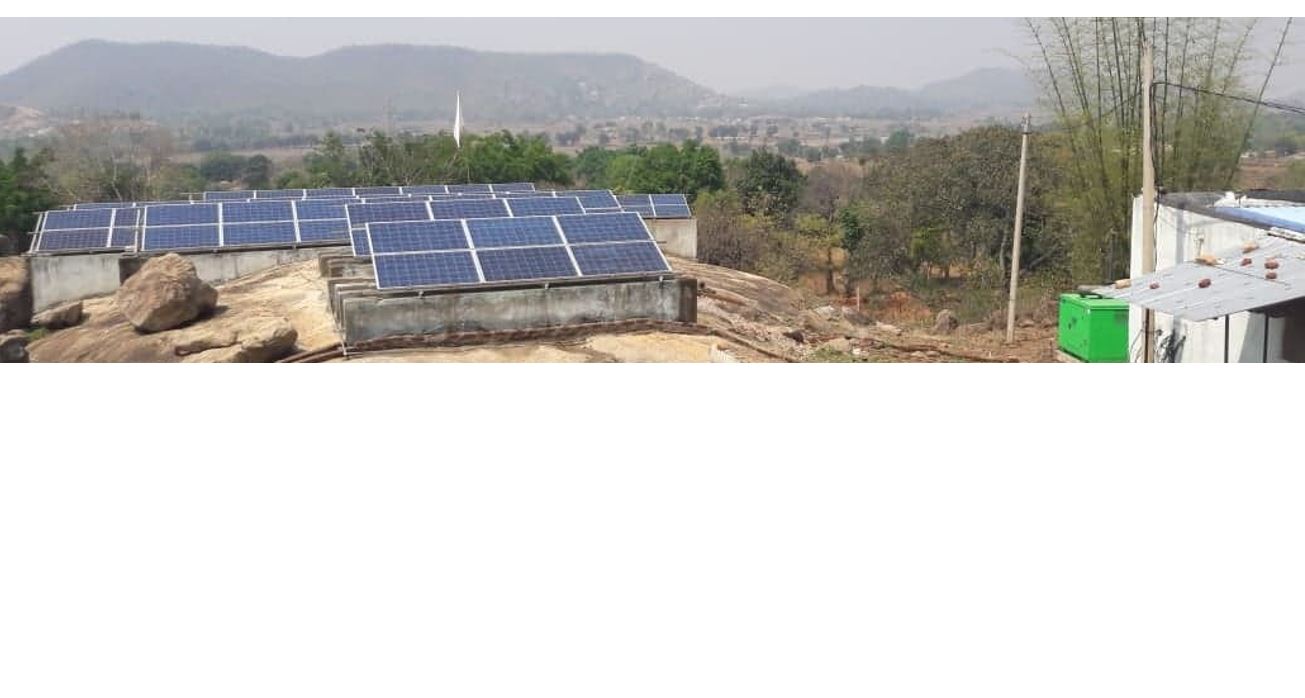 Mlinda is an operational NGO that works in ecologically sensitive and highly underdeveloped areas to reduce environmental degradation, by implementing projects that reduce GHG emissions, promote environmentally positive goods and reduce consumption of environmentally negative goods. Mlinda has its Head Office in Paris and its India office in Kolkata.

Gumla district of Jharkhand State was chosen as the focus region, as it was amongst the most underdeveloped places in India in terms of access to electricity. Even though the national grid had penetrated majority of the villages in this district, only 32% of the households used it as the primary source of lighting when Mlinda first started working in 2016.

Sahitoli is a hilly tribal village in Gumla district, which was an off-grid village until April 2018. The community depended on expensive and polluting fuels for their needs. The light emitted was of poor quality and the farm machinery run on diesel was inefficient in their functioning. As a result of this existing environment, business development in the village was inconceivable.

To meet demand in Sahitoli, a 22.4 kWp solar powered mini-grid was set up to provide 24x7 AC power single phase 230 volts and three phase 415 volts for domestic, productive and commercial loads. Lead-acid batteries were selected as the energy storage method in the project. The main criteria for the selection of the storage solution were the efficiency of the storage option, cost and maintenance. Two main options (lithium-ion and lead-acid) were considered by Mlinda. Due to limited historical evidence (e.g. fewer mini-grids projects using lithium-ion), Mlinda opted for the safer option of lead-acid gel batteries which required lower upfront cost. The capacity of the battery is calculated after studying the night-time utilisation patterns. A 20% buffer is considered to account for an increase in loads. Consumer behaviour regarding night-time utilisation (obtained from the village survey) is an important factor in determining the battery size. The depth of discharge (DoD) of the battery is set at 50%. A diesel genset of 15 kVA has also been added as a back-up.

The mini-grid is owned by Mlinda. However, Mlinda’s model for mini-grid installation and support to the community is anchored in close ties with the communities. The mini-grid provides single phase and three phase electricity for domestic productive and commercial use. The consumers pay for upfront connection fees and then pay for energy usage through pre-paid meters. There are different day (~USD 0.32/kWh) and night (~USD 0.64/kWh) tariffs. These form the sources of revenue. Reaching 95% of mini-grid capacity utilisation in 30 months determines the success of the business model. Mlinda also provides loans to farmers to finance energy efficient devices to accelerate uptake. The mini-grids are financially viable at the village level: the revenues collected are sufficient to cover the operations expenditures incurred at the village level. Mlinda has begun scaling operations to ensure the programme is viable at the regional and national level.

The project was financed through a mix of grant, debt and equity. The mix of the different sources of finance is grants (55%), debt (25%), and equity (20%). The costs of design engineering, procurement and construction constitute the CAPEX: USD 5.5 per watt peak for a total of USD 125,000). Field officer and operator salaries constitute the OPEX: USD 280 per month per grid connection fees. Electricity revenues constitute the main sources of revenues for the mini-grids. As mentioned above, there is a different tariff for day and night. It will take seven years for payback. The IRR is 5% in this specific project.

In Sahitoli 124 houses have connected to the Mlinda mini-grid. Productive loads are increasing month by month. Currently, 19 small pumps, three rice hullers, two wheat mills and two shops in the village use electricity from the mini-grid. An impact assessment study conducted by an external Monitoring Learning and Evaluation en-tity in the village found that GDP per capita in the village had increased by 10.6% as against 4.6% increase in similar villages. Household incomes had risen by 21%. GHG emissions had gone down by 48% and energy efficiency of GDP had gone up by 115%.

Agriculture has been the main economic activity in Sahitoli. However, only 23% of the population diversified into the second cropping season, instead leaving their homes and working as daily wage workers whenever they could in order to sustain themselves. This was mainly due to inefficient irrigation practices and weak market linkages. Mlinda decided to work on both these aspects: the mini-grid is extended to the Chandal dam where most of the farmland is located, so that the farmers can use electric pumps to irrigate their lands and through incubating oil expeller units which pass mustard oil, a demand for mustard crop, has been created at the farmers’ doorsteps. Two existing diesel-based rice hullers in Sahitoli were converted to electric and one new entrepreneur has bought an electric rice huller as an additional source of income since the conception of the mini-grid. Sahitoli was part of the Phase 1 and Phase 2 of the project which involved setting up mini-grids in eight villages.

Mlinda plans to commission 50 mini-grids by June 2020 with an installed base of over 1.1 MW with four grids installed every quarter between 2018 and 2020. Currently, the REP is in its Phase III, in which a total of 42 villages will be electrified. The total installed capacity in Gumla district under the REP by December 2020 will be 1 MW, connecting a minimum of 4,200 families to the mini-grid electricity; reducing 900 tonnes of GHG emissions per annum and contributing to 10-15% growth in incomes. 18 jobs were created in Sahitoli. These were mainly plant operator, technician, community link worker, rice huller and wheat mill entrepreneurs, pump user groups. By 2023, 125 villages will be powered. The aim is to electrify 250 villages by 2025 and enable other organisations to replicate the model. The developers are in talks with the State DISCOM regarding the interconnection of mini-grid with national grid. 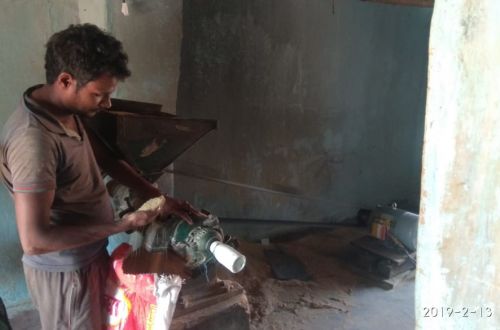 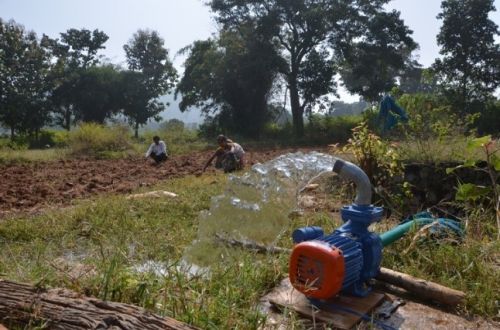