Today ENGIE PowerCorner operates 8 solar mini-grids in Tanzania, with 4 additional mini-grids in construction, as well as 1 mini-grid in Zambia. ENGIE has huge ambitions in terms of energy access, with the aim of developing ENGIE PowerCorner activities in many more countries in sub-saharan Africa in 2019. The goal is to be a leader of the mini-grid market with a key role in framing regulation and technologies.

The initiative is embedded in one of the axes of commitment by ENGIE: becoming a leading company in energy services in rural areas, enabling the economic and social development of local populations, while using renewable energies.

What does ENGIE PowerCorner do?

ENGIE PowerCorner is present throughout the value chain in the mini-grid implementation process, from site selection to operation, including deployment planning, customer acquisition, customer connection to the network and put into operation.

The technical solution proposed by ENGIE PowerCorner consists of the installation of photovoltaic solar panels, storage by batteries, system of payments via mobile money and smart meters. To date, 8 mini-grids from 16kWc to 41kWp are in operation in Tanzania. They serve between 100 and 250 households as well as various productive uses in each village.

A strong focus is directed towards the development of income-generating activities in the villages where ENGIE PowerCorner operates mini-grids. The design of the mini-grids is therefore reflected in order to favor these uses. In particular energy-efficient appliances are distributed in the villages and financing is provided as lease-to-own in order to stimulate energy demand. What is more ENGIE’s projects rely on agriproducts transformation value chain, adapted to the local context, with the help of local entities (for trainings and market linkage).

Finally ENGIE PowerCorner also seeks to develop complementary solutions to electricity in the villages, such as the provision of internet access, a water distribution network or the deployment of a local network of entrepreneurs.

Today with 9 mini-grids in operation, total installed generation capacity is 250 kWp. The mini-grids serve around 1,590 connections, including residential, commercial and productive customers, as well as public infrastructures:

With the aim to provide innovating services to enhance rural development, ENGIE is currently testing 2 electric bikes as a commercial innovation in 2 villages of Tanzania. 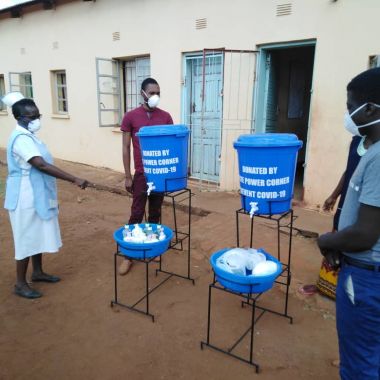