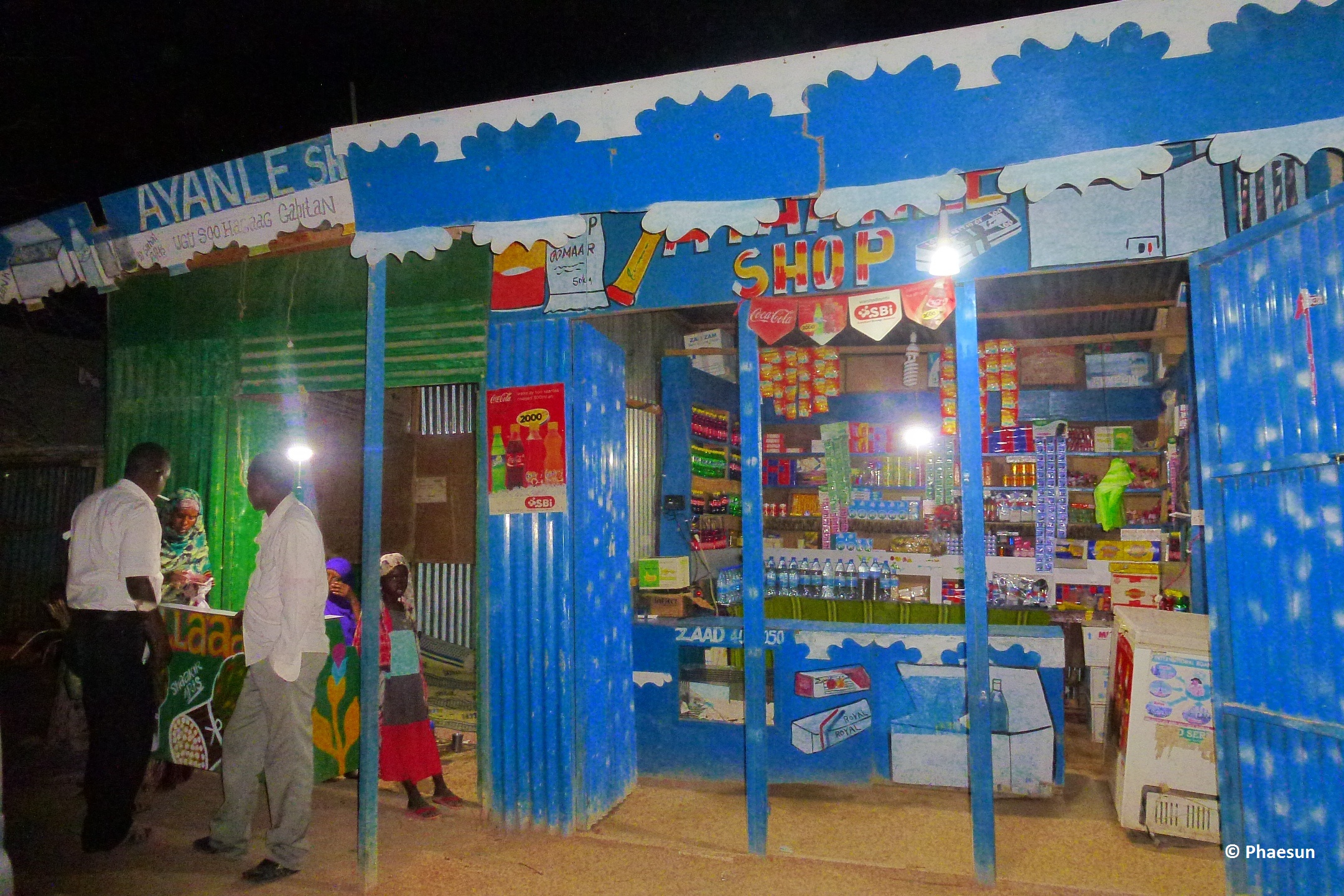 Who, What and Where?

Phaesun GmbH based in Memmingen, Germany has been specialising in the sale, service and installation of off-grid photovoltaic and wind power systems since the company was founded in 2001. Phaesun works as wholesaler and system integrator and has daughter companies and representations in France, Dubai, Eritrea, Panama and Ivory Coast.

Phaesun works closely together with its partner Horn Renewables, based in Somaliland. The company was set up in 2012 with the target to bring off-grid energy to rural areas in Somalia.

Somaliland is situated in the northern part of Somalia, where the electricity grid is poorly developed. It is estimated that 75% of the population have mobile phones, which are mostly used for communication, but also for banking. Thus, the need for recharge is huge for private households and businesses. The commercial sector in rural areas is often poorly developed. The main activities in coastal areas are fishing. Due to the lack of cooling opportunities, fishermen were unable to preserve their catch.

Off-grid solar power systems can be an important factor to support rural development. The Phaesun Business Opportunities with Solar Systems (BOSS) solutions specifically target the commercial sector in non-electrified areas. Together with Phaesun, the local solar company Horn Renewables has been implementing BOSS solutions since 2012.

Solar charging stations were developed and set-up in different locations in Somaliland. Besides the charging of mobile phones, LED lamps with integrated battery (Ulitium lamps) were rented to be charged again at the charging station. The LED lamps were either used for lighting in private households, or for the illumination of salt fields in coastal communities, where people usually work after sundown because it is too hot during the daytime. Solar cooling and freezing kits based on the solar fridge Steca PF 166 were introduced. In 2013, shop and kiosk owners bought refrigeration kits to improve their businesses. Refrigeration kits were also introduced so that fishermen could produce ice to cool their fish and subsequently transport them in cooling boxes to the cities. As a result, the fishermen achieved higher margins because they were now able to sell fresh fish in the cities.

Since the first introduction of BOSS solutions in Somaliland in 2012, the number of interested entrepreneurs has grown steadily. Until the end of 2015, more than 50 solar charging stations for cell phones and light rental shops in 23 locations have been opened. Furthermore, 33 solar cooling kits have been installed at fishermen places, shops and restaurants. Customers of kiosks and restaurants were able to experience even more services with solarpowered equipment like fans and TVs in five villages. In two agricultural communities services for blending and juice pressing are offered.

By combining many different off-grid solar systems in the village square and as the quotidian life of the locals is mainly concentrated around village squares, a potential solar market place is in the pipeline. Such a place will have a major influence on the daily life interactions and prosperity of communities. Phaesun is currently looking for a suitable area to set up the solar market place.