Long Loyang Clinic is located approximately 183 km south of Miri town in the East Malaysian state of Sarawak serving the Long Loyang village as well as 15 remote settlements along the Tinjar river and is accessible by metaled and logged roads or via the Tinjar river. The clinic had previously relied on diesel for its electricity, the supply of which is extremely irregular and costly, and even less accessible when logged roads become inaccessible during rainy seasons. Furthermore, diesel generators only run during certain hours of the day and require periodic maintenance. At times, there is no electricity supply when diesel runs out or when the generator breaks down. The average energy demand totals 25-30 kW a day. Electricity is used for essential lighting and refrigeration (vaccines, medicines, etc.), defibrillators and other basic medical equipment.

A 2.88 kWp solar-powered hydrogen sustainable and circular power generation system, with minimal manual intervention / supervision, was successfully installed and launched on 8 August 2022 by the Sarawak Minister of Utilities and Telecommunications to serve the electricity needs of the clinic on a 24/7 basis.

Currently owned and financed entirely by H2Energy, the project is pending the transfer of ownership to the Ministry of Health (“MoH”) of Malaysia, with periodic routine maintenance performed by H2Energy to ensure full functionality. Operative trainings have been conducted with on site as well as representatives from the local health authorities. Other future projects shall be commissioned on either sale or lease type arrangements.

2,172 people are estimated to benefit indirectly from the project. The clinic is estimated to avoid 6 tonnes of CO2 annually equivalent to 218 planted trees compared to if it was fully powered by diesel.

Potential for wider rural electrification applications. H2Energy’s scalable and customisable technology has widespread applications across other types of rural settings such as settlements and schools, which the company is actively exploring with relevant government agencies. Other future projects shall be commissioned on either sale or lease type arrangements. There are other rural clinics in Sarawak which are the subject of future projects. H2Energy envisages that it will take no more than five months to commission a similar project from inception. As H2Energy moves up the learning curve, the company expects to shorten the rollout lag time even more. Meanwhile, H2Energy is in advanced stages to implement similar electrification projects for settlements and rural clinics in Malaysia, mining accommodations and settlements in Australia as well as army security and police camps in Cambodia. 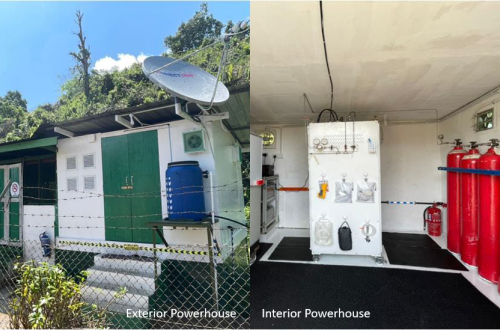