Long Loyang Clinic is located approximately 183 km south of Miri town, serving Long Loyang village as well as 15 remote settlements along the Tinjar river and it is accessible by metalled and logged roads or via the Tinjar river. The clinic relies on diesel for its electricity, the supply of which is extremely irregular and costly, and even less accessible when logged roads become inaccessible during rainy seasons. Furthermore, diesel generators only run during certain hours of the day and require periodic maintenance. At times, there is no electricity supply when diesel runs out or when the generator breaks down. The average energy demand totals 25-30 kW a day. Electricity is used for essential lighting and refrigeration (vaccines, medicines, etc.), defibrillators and other basic medical equipment.

A sustainable and circular power generation system, with minimal manual intervention/supervision, is being installed to serve the electricity needs of the Long Loyang Clinic on a 24/7 basis by providing the required power during operating hours, a minimal base load for refrigeration and other essential electrical/medical appliances during non-operating hours at competitive costs. HTES has designed modular, compact and highly mobile systems that are easily transportable and highly scalable/customisable to accommodate different load profiles. HTES’s “H2 system” supplies 25-30 kW per day (daytime usage of 15 kW and night-time usage of 10 kW), with a peak load of 2.88 kWp. The system consists of solar PV panels to generate electricity, an electrolyser to produce hydrogen cells, captured and stored in hydrogen storage tanks and depleted during times of solar inactivity. The energy storage in the form of hydrogen gas has a designed capacity of 30 Nm3. When converted back to electricity, it yields 38 kWh (energy storage medium).

The project is a pilot currently owned and financed entirely by HTES, and it is pending the transfer of ownership to the MoH of Malaysia upon its successful completion. There will be periodic routine maintenance by the technical team to ensure that the project is running and fully functional. Operative trainings shall be conducted with the designated staff on site as well as representatives from the State Health Department of Sawarak. Other future projects shall be commissioned on either sale or lease type arrangements.

2,172 people in the community will benefit indirectly from the project. The total direct jobs created is estimated to be 10, but the number of indirect jobs is unclear. It is estimated that the clinic will avoid 13 to 33 tonnes of CO2 annually, as opposed to a scenario where the clinic would be fully powered by diesel.

The major challenge experienced by HTES is related to the weather conditions and remoteness of the site, which has resulted in logistical difficulties to transport equipment and personnel, as well as the bureaucratic approvals. Wet weather conditions and the imposition of movement restrictions by the Malaysian government in response to the COVID-19 pandemic have delayed the planned commissioning. The project has undergone several rounds of technical design and tests to ensure that the module will be able to work well under the site conditions, as well as to make sure that the module is designed to enable transport into hard to reach remote areas. HTES has also encountered some administrative barriers which delayed immediate clearance by the local customs authority. The company has since resolved those issues and, going forward, the design and testing process is expected to be routine as major issues have since been rectified, and the experience with customs has been logged and instituted in their administrative process. HTES’ scalable and customisable technology has widespread applications across other types of rural settings such as settlements and schools, which the company is actively exploring with relevant government agencies. Other future projects shall be commissioned on either sale or lease type arrangements. There are 57 other rural clinics in Sarawak which are the subject of future projects. HTES envisages that it will take no more than five months to commission a similar project from inception. As HTES moves up the learning curve, the company expects to shorten the rollout lag time even more. 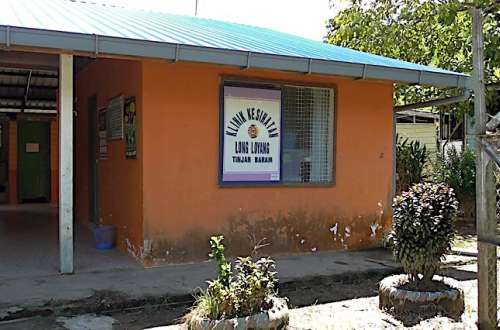