Currently, the electricity supply is limited to solar bulbs, few solar panels and in rare cases, shared diesel generators which don’t account for the basic needs of the population. Indeed, only 17% of the population has access to electricity in the rural areas of Benin, according to the World Bank

The total cost of the project is estimated to be <10 million EUR. The project is part of the OCEF (Off-Grid Clean Energy Facility) program and benefits from result-based grant funding corresponding to around 50% of the initial investment.

The system has been designed to meet the 10-year energy needs of nearly 3,800 households, 1 600 productive activities and 70 community infrastructures. The production capacity will be increased, as needed, to keep pace with consumption until year 20 and serve more than 6,000 households, 2,400 productive activities and 100 community infrastructures.

The project’s goal goes beyond energy access by promoting local economic development, notably through productive electrical services. More than 100 people will be employed during the construction phase and as many during the operation phase, more than half of whom will be women. Quality of service and customer satisfaction are at the heart of the project’s approach. Surveys will be conducted throughout the life of the project to assess customer feedback and, as necessary, enhance practices. 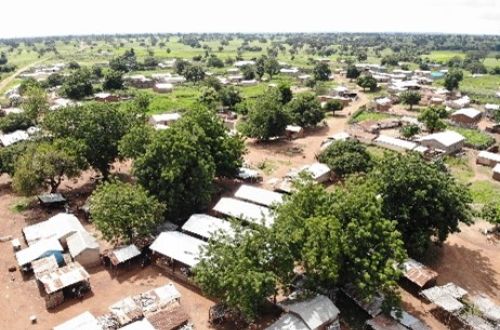