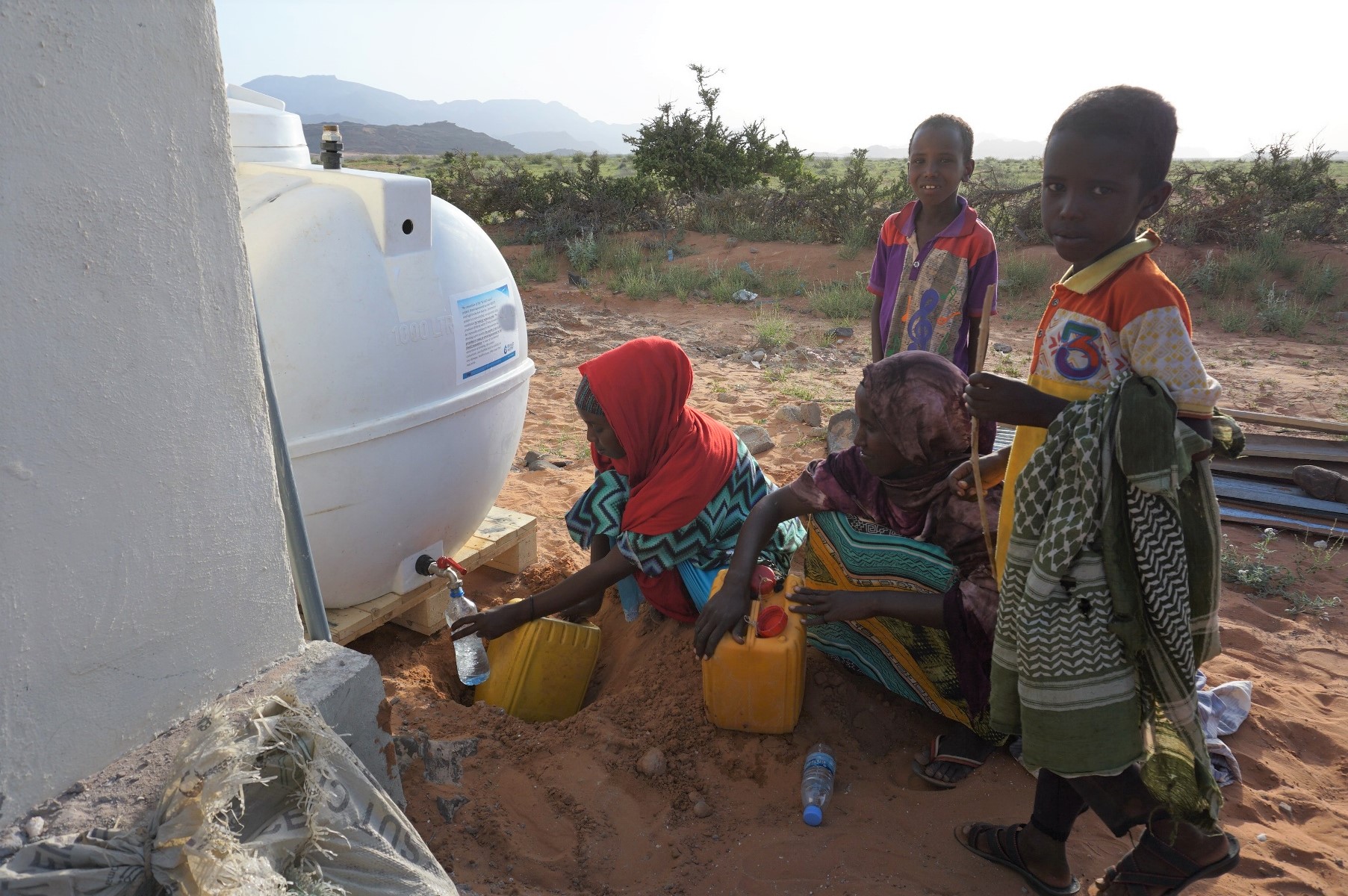 Memmingen, 14 July 2020 - The Memmingen-based solar company and ARE Member Phaesun received two international awards on 30 June 2020: Phaesun was honoured with the Energy Globe Award and the SmarterE Award for the installation of a solar-powered water desalination system in the Somali village of Beyo Gulan.

As part of the REvivED Water Innovation and Development Project, Phaesun and other partners have developed a solar-powered water desalination system based on electrodialysis technology. This technology is particularly suitable for saline groundwater deposits whose salt content is harmful to health but below that of seawater. In 2018, Phaesun installed the first of a total of eight pilot plants in the village of Beyo Gulan in the desert of Somaliland. Since then, the plant has been supplying up to 2000 litres of clean drinking water daily. Before, the 300 villagers and passing nomads used the untreated well water as drinking water despite its high salt content.

Phaesun has now installed a total of eight pilot plants in Africa and Asia. The official term of the REvivED Water project ends in August 2020. The aim is to develop the manually manufactured desalination plants to series production readiness, so that they can be sold at marketable prices and provide clean drinking water in regions with weak infrastructure in developing countries.

In the case of the project in Somaliland, the jury of the internationally renowned Energy Globe Award particularly emphasized the lighthouse character of the project, which focuses on the problem of saline groundwater resources. According to Kilian Reichert, moderator of the SmarterE award ceremony, the project illustrates that solar energy can be used to provide not only electricity but also water far from any infrastructure.

The Energy Globe Award annually honours outstanding, sustainable projects with a focus on resource conservation, energy efficiency and the use of renewable energies. It is considered the world's most important environmental prize.

The SmarterE Award is usually presented during the SmarterE trade fair, which brings together the world's leading companies in the fields of energy efficiency, renewable energy and intelligent energy systems.

Due to the corona situation, the award ceremonies took place virtually. The Energy Globe Award presents the project under the following link: https://www.energyglobe.info/national/winner/somalia

The recording of the SmarterE award ceremony is available online at the following link: https://youtu.be/-koNA0qm4II