The clear-cut target of 100% self-sustaining renewable energy on Vejroe was brought about as much from necessity as it was from curiosity. The island is not connected to the mainland, with cables nor regular transportation. The former diesel-based energy supply required thousands of litres of diesel to be transported toVejroe to power the diesel generators. It was an impractical and expensive way of supplying energy for the island and for that reason alone there was a strong incentive to make the island self-sustaining with sustainable energy and heat.

The energy project of Vejroe is about more than saving money. The project is, to a large extent, also driven by the desire to explore, test and learn how an island can become self-sustaining with green energy, in the best and most economical way.

Two household wind turbines and photovoltaics and large batteries have been installed to support the small island in its ambition to become energy self- sustaining with renewable energy.

The road to 100% renewable energy is already sketched out. Vejroe’s green energy comes from an off grid-system fed by the two windmills and solar panels that have a total capacity of 90 kW, as well as a large battery for storage with a total capacity of 207 kWh. The future goal is to be able to completely provide energy without diesel generators.

Heat supply on Vejroe is also well under transition. Today some of the heating is already produced through solar collectors and geothermal heating, but the future expectations are that the island’s hot water supply should be accumulated in periods with lots of sun and wind. Other pending projects are to optimise the use of water resources, so that, for instance, good drinking water is not just flushed out in the toilets. 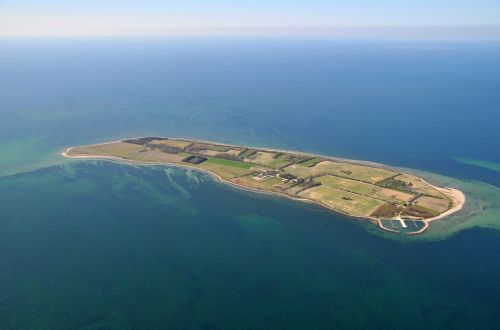