A remote off-grid village in the Patagonian outback, Chorriaca used to rely on a conventional and inefficient diesel generator for its electricity. Not only did this system provide sporadic power for limited periods, but it also caused substantial noise pollution and residents suffered from electricity shortages due to lack of fuel. With an inaugurated a hybrid wind-diesel system in the village, the residents are provided with access to uninterrupted electricity for the first time. The wind-diesel hybrid system has an installed capacity of 195 kW: three 25 kW wind turbines and a 120 kW diesel generator operate together with a hybrid generation control system. The system generates on average 226,000 kWh per year. Three Viking wind turbines deliver energy to a hybrid solution, which supplies electricity to Chorriaca, 24/7.

With the new hybrid system, cleaner, reliable, and affordable electricity is available to the residents. The system optimises wind energy production and uses diesel as a supplement only when electricity demand is high.

The project is part of The Argentina Patagonia Renewable Energy Projects, which is developed and driven by the organisation Global Sustainable Electricity Partnership.

Residents in the village can cook, light their houses and connect small appliances around the clock. The local health care station now has access to electricity 24 hours a day, 7 days a week, as well as Chorriaca’s Primary School Nº 97, which has 84 young students. The project can secure electricity to a sparsely populated and remote area which earlier was dependable of fossil energy in a limited period during the day. 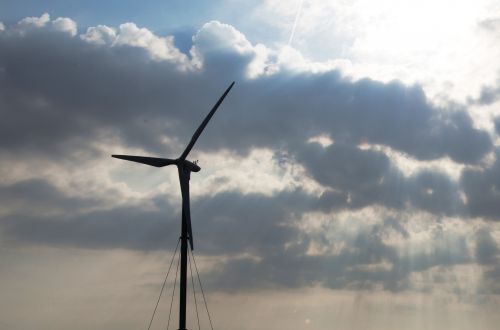