SunCulture unlocks the potential of smallholder farmers by powering their farms and their homes. Their base system comes with ClimateSmart, the most powerful energy system in its class, as well as agricultural and household appliances, such as award winning solar water pumps, irrigation systems, TVs, and lights. SunCulture is the only company in Africa that serves both the rural household and the farm with a single IoT-enabled energy system.

SunCulture has direct distribution across Kenya and operates in several other Sub-Saharan countries through distribution partners. SunCulture is the largest distributor of off-grid solar water pumps in Africa.

96% of Africa’s smallholder farmers rely on rain-fed agriculture, and consequent­ly, Africa’s agricultural productivity is at about 50% of the average growth seen in other developing countries.40 In Kenya, around 1.8 million people in rural and arid/ semi-arid land areas faced high levels of acute food insecurity during August to September 2020.41

SunCulture’s RainMaker2 with Cli­mateSmart Battery utilises solar technol­ogy as an affordable, sustainable, and ef­fective alternative to rain-fed irrigation or petrol pumps. SunCulture’s battery system ensures electricity supply in homes during the night and for irrigation on cloudy days.

Major obstacles include affordability and awareness of the technology. SunCulture has implemented a Pay-As-You-Grow fi­nancing solution allowing farmers to pay small monthly fees and the company has addressed lack of awareness through mar­keting campaigns, regional sales and sup­port centres, and industry advocacy.

SunCulture launched the RainMaker2 with ClimateSmart Battery in January 2019, bundled with financing, delivery, instal­lation, training and after-sales service to create a complete package for smallholder farmers in sub-Saharan Africa that increas­es crop productivity through irrigation.

The cost of the RainMaker2 and Cli­mateSmart Battery system is EUR 1,080 which is paid over 30 months and includes operating costs. After the solar pump is paid off, the customer owns the sys­tem. SunCulture’s project is funded 60% through equity, 15% through debt and 25% through grants.

About 85% of SunCulture’s farmer cus­tomers are confident about their farming activities over the next month, compared to just 37% of Kenyan farmers overall. 87% reported an increase in agriculture produc­tion. This resulted in 80% of the farmers having an increase in money earned and an average revenue increase of 44% per season.

95% of the farmers reported improvements in their quality of life. SunCulture’s impact on money earned deepens over time. While 32% of respondents who have owned Sun­culture systems for less than a year report­ed their income had very much improved, that rose to 68% of respondents who have owned SunCulture systems for more than a year.

SunCulture is focused on scaling across Kenya and through existing distribution partners in Uganda, Ethiopia and Togo. There is a huge potential across Africa. SunCulture is looking for new markets and partnerships to replicate their proven model. Demand-side f‍inancial incentives to reduce costs for farmers will drive this change faster and reach more financially constrained farmers. SunCulture, there­fore, recommends governments and inter­national funding partners to support the scaling of solar-powered irrigation systems for smallholder farmers. 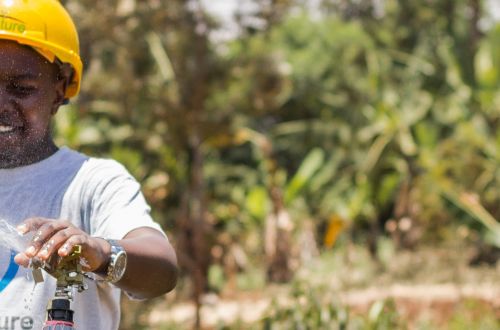