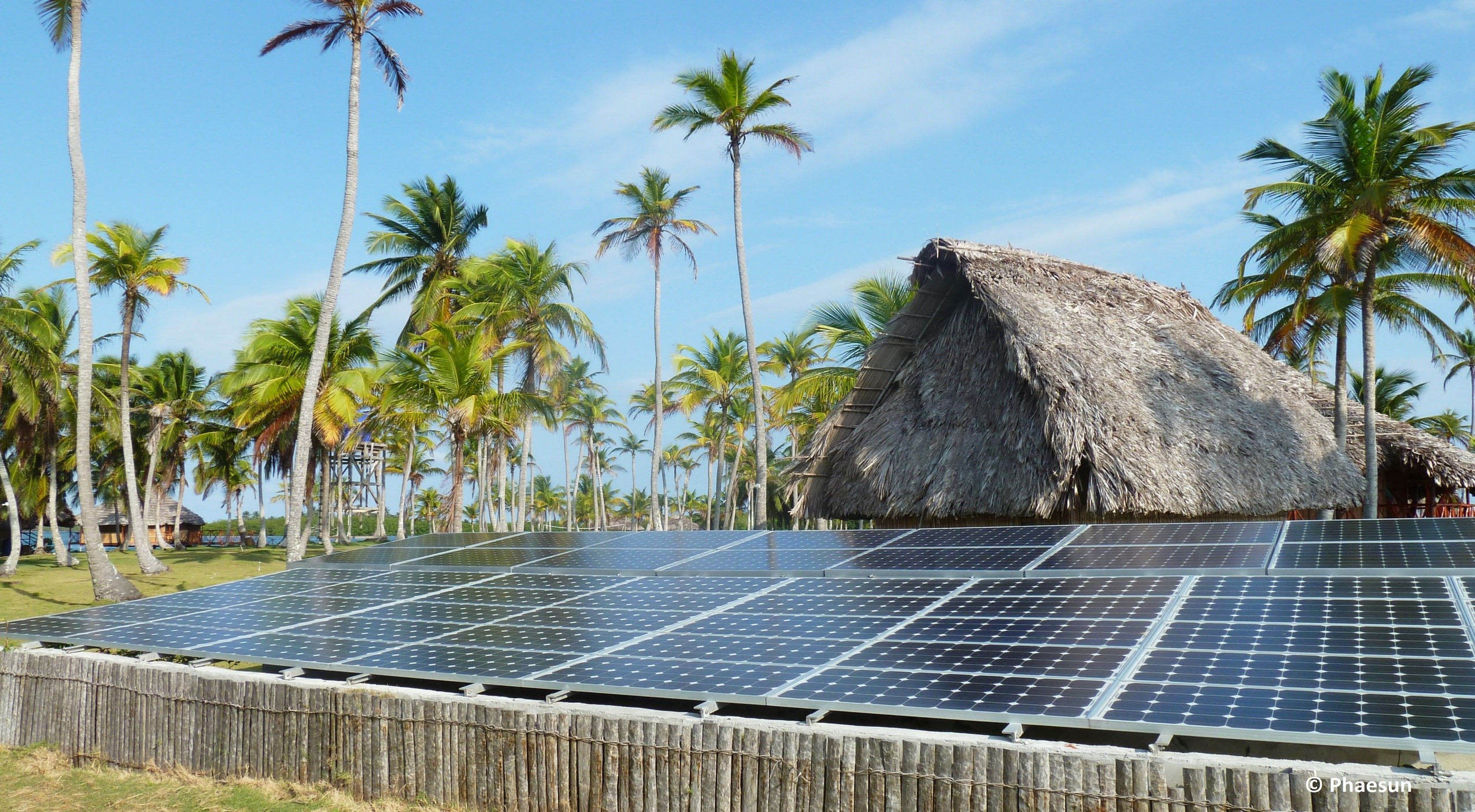 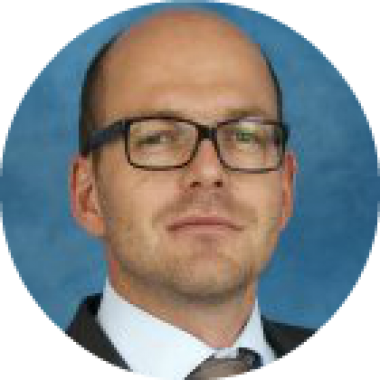 By Marcus Wiemann, Executive Director, ARE

In times where we can find examples in developing countries that oil is cheaper than drinking water, ARE believes that, to turn the COP21 Paris Agreement into a success story, it needs two concrete actions.

Dear friends of the Alliance,

In times where we can find examples in developing countries that oil is cheaper than drinking water (FAZ, 13 Jan), ARE believes that, to turn the COP21 Paris Agreement into a success story, it needs two concrete actions. Firstly, in full recognition of the results achieved at COP21, the rural population in the developing world who do not have access to energy should not be forgotten when trying to shape the future of the planet. Secondly, as a response to the first recommendation, the creation of the necessary frameworks and the experiences with the effective deployment of decentralised renewable energy technology solutions will be vital. The rural population should be given the opportunity to make their own choices between sustainable environmentally-friendly solutions available and offers from the past.

ARE and its members have worked hard to create and deploy technology and business models for the successful roll-out of advanced energy access at the needed scale. To discuss appropriate ways to bring the private sector into a real investment position, the ARE-RECP Off-grid Investment Forum in Amsterdam on 12-13 April 2016 will allow participants to understand where opportunities lie and how they can make use of them. We are delighted that Ms. Rachel Kyte, new SE4All CEO, has accepted our invitation to present her views and next steps of the SE4All initiative on energy access (Climate Home, 28 Jan). To celebrate ARE’s 10th anniversary, participants will be invited to join us and take a retrospective look at the key milestones of the last decade at the evening reception on 12 April 2016.

ARE is recognised as a key partner and remains committed to bring in private sector expertise. To reflect this, ARE has been selected to lead the newly established Energy Access Workstream of the Africa-EU Energy Partnership (AEEP). In this regard, we recommend to take note of the business cases shown in this newsletter from ARE members Rahimafrooz Renewable Energy and Studer Innotec.

The Alliance is a membership-fee based organisation and welcomes more organisations to support us and join us in our efforts to achieve SE4All objectives (ARE Presentation; Membership Form). Since the last edition of the ARE newsletter in December, we are happy to welcome again four new members.

Finally, before drawing particular attention to the co-editorial by ARE Board Member and Chair of the Steering Committee of the African Renewable Energy Alliance (AREA) Anthony Ighodaro, please join us in the making of the future editions of the ARE newsletter. To find out more about the future topics please click here.

By Anthony Ighodaro, AREA Steering Committee Chair and ARE Board Member

The demographic forces of youthful population growth and turbulent population displacements on the one hand, and a global economy to be weaned off its traditional reliance on fossil fuel power generation on the other are driving the problems of universal access to energy.

Demographic forces of youthful population growth and turbulent population displacements on the one hand, and a global economy to be weaned off its traditional reliance on fossil fuel power generation on the other, within the constraints of the COP21 agreements, are driving the problems of universal access to energy, water and food. This is against a slow economic terrain where low oil prices simultaneously sap incentive to switch to Renewable Energy (RE) and deprive oil-exporting countries of the revenue to invest in RE power generation. Citizens increasingly realise that they can no longer rely on governments to provide or create jobs, and that “self-help” is a precondition to improving livelihoods. Because of their greater vulnerability to natural and man-made disasters, developing countries often look helpless; but decentralised RE technologies (RETs) can literally empower them.

The African Renewable Energy Alliance (AREA) is an online platform for self-help. Created to accelerate the uptake of Renewable Energy in Africa, it was formed in Ethiopia in 2009, after a strategy conference convened by the World Future Council, the Alliance for Rural Electrification and the Heinrich Boëll Stiftung. It has now grown organically to more than 2,200 members from 101 countries.  Its membership by sector is 7% Policy, 60% Business, 18% Academia and 15% Civil Society. Its top 10 countries by number of members are Nigeria, the United Kingdom, South Africa, Germany, United States, Kenya, Ghana, Ethiopia, India and France.  It is run by a 15-person Steering Committee representing Africa and the Rest of the World.

The information exchange which takes place on the AREA member intranet enables users to promote their ideas, events, services, products and tools, and to seek collaborators.  AREA’s activities and resources, such as its 2012 Bellagio Conference and library, have successfully harnessed international and intra-African expertise. As nations embark on the Sustainable Development Goals (SDGs) with the prospects of multi-billion-dollar funding to fight global warming, we all need to ensure that the money is directed towards transformational change. Announcements of signed Power Purchase Agreements (PPAs) for multi gigawatt projects and associated gifts, in Nigeria and Kenya, have raised the spectre of past predilections for large projects. Stakeholders must ensure that governments are not inveigled into “gung ho” commitments.

South Africa’s Renewable Energy Independent Power Producer Procurement Programme (REIPPPP) has shown the scale and speed with which RETs can be deployed on-grid and be, crucially, 100% financed by the country’s private sector, mainly from local resources while avoiding “white elephant” projects.

The challenge for Decentralised RETs now, is to demonstrate not only that they also can be rolled out speedily and at scale, but that they can deliver tangible community benefits, resilience, and socio-economic development; and for a fraction of the cost of grid-extension.

Rahimafrooz Renewable Energy Limited has been playing a pivotal role in the dissemination of solar hybrid mini-grid projects in rural Bangladesh.

Rahimafrooz Renewable Energy Limited (RREL) has been playing a pivotal role in the dissemination of solar hybrid mini-grid projects in rural Bangladesh. A mini-grid project (80KWp) is planned on the Muradpur Island to provide sustainable and affordable access to energy to 310 underprivileged households, introduce electricity to 40 shops for commercial activities, and power 10 irrigation pumps to boost agricultural productivity. Basic healthcare will also be guaranteed as the mini-grid will provide power to a community health clinic and three primary schools. The overall economic activities are expected to be enhanced, with up to 2,000 tonnes of CO2 emission saved per year.

Figure 1 shows the business model where RREL and Rural Services Foundation (RSF) form an Energy Service Company (ESCO). Energy will be sold on a prepayment basis for a minimum period of one month and will be credited through the prepaid smart card from the vending station located in the project office and/or vending kiosk at the local market.

The impact of the planned rural mini-grid is enormous. Schools can now be equipped with computers, printers, and other audio-visual teaching aids and students can study longer time at night. A mini-grid also facilitates internet usage in remote rural areas resulting in a better social awareness and improved knowledge for the villagers.  Vaccines and other medication requiring refrigeration can now be stored safely at the rural health clinic. Villagers are using television and other forms of communication devices to remain connected with the country and the world. Commercial activities have already been extended till late at night, contributing to the overall emancipation of rural communities.

In conclusion, mini-grids can truly develop the rural economy by providing the rural masses with the opportunities to generate income and improved quality of life. Better health and education services and empowerment will take place as a supplementary effect. Moreover, the prolonged working hours at the local bazaar will ensure increased business and its spiralling effects will impact the local economy positively.

News from the Alliance

ARE welcomes its newest members

CONTRIBUTE TO OUR NEWSLETTER

Have an article to propose ? Feel free to contact our Communication & Marketing Department.

Please note that views expressed in the Co-Editorial, the In Focus section and the Special Feature of the newsletter, are those of the contributors and do not necessarily reflect ARE’s opinion.