The OPEC Fund for International Development (OFID) firmly believes that access to reliable, affordable, economically viable, socially acceptable and environmentally sound energy services is crucial for developing countries. In this context, OFID has recognised the importance of mini-grids and is giving strong priority to encouraging the private sector involvement in this market.

Through grant funding of USD 900,000 provided by OFID, ARE could match the grant with the same amount of private sector investment. This project pipeline was waiting for such de-risking mechanisms for business ventures which facilitated the deployment of hybrid energy mini-grids for affordable and sustainable energy services. For all three projects, cash flow analysis that included the cost of equipment replacement, when required, and the tariff consumers are able and willing to pay for electricity indicated a positive Net Present Value (NPV) and an Investment Rate of Return (IRR) that is greater than the discount rate taken into account are only possible when OFID’s grant is included.

"The Alliance has proved to be a helpful partner to help us access funding through OFID to enable us to electrify hundreds of homes and small businesses in remote areas of rural India." 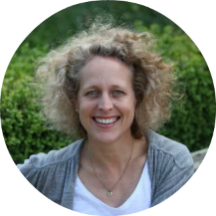